by Barry A. Liebling 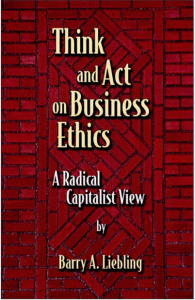 If you are accustomed to traveling by air you know that when you book your flight you have to check the offering carefully. Airlines will often advertise a low fare to entice consumers, but the large-print headline does not always tell the whole story. You need to scrutinize the offer with caution because taxes and surcharges will be added to your bill. If you are on a budget or are paying your own way you know how important it is to verify the total price before your buy your ticket.

Recently the Associated Press reported that the United States Department of Transportation (DOT) has issued new rules. When airlines advertise they will have to disclose more about the full price in the headline. The new regulation will require that the entire base cost to the consumer – including all taxes and mandatory fees – be displayed prominently on the offering. Government officials assert that this will make it easier for travelers to make informed choices.
http://www.syracuse.com/news/index.ssf/2012/01/new_rules_set_to_take_effect_j.html

Note well that the airlines are not being accused by the government of committing fraud. In general, the information required to discern how much it will cost to fly is present in airline promotions, but some effort is required to locate and process it. The government is “doing travelers a favor” by insisting that the total price be prominently displayed.

Not unexpectedly, there is pushback from the airlines. Some have said that it is not fair to compel an air carrier to put the total price – including taxes – out front because other industries are not required to do so. Furthermore, representatives from airlines and airline trade groups have complained that the new regulation will adversely affect their business. The general counsel of Airlines for America is quoted as complaining that consumers “will see higher prices and buy less.”

The conflict between the DOT and the airlines is interesting in that each has a valid point, and each is mistaken.

Consider the DOT position. Surely, it will be simpler for travelers to gauge the economy of a flight if all fees are consolidated and displayed prominently. Consumers who are not alert, attentive, or skillful at arithmetic will have important information available to them at a glance. But the government does not have the duty to force airlines to make things clearer. As long as all of the relevant information is true, available, and complete the government should refrain from intervening.

Now consider the stance of the airlines. They are claiming that it is inappropriate for the Department of Transportation to force them to disclose the total cost of flying in one prominent spot. Their argument is that they have the right to explain their fares to customers any way they like – so long as they are being truthful. Here the airlines have a valid point, and they are justified in resisting attempts by the government to micro-manage their advertising.

But think about what the motives of airline executives must be who deliberately avoid a transparent, full-disclosure of exactly how much the flight is going to cost. They are distressed because they anticipate that showing the full price will make the fare seem less attractive and will discourage price-conscious consumers from booking the flight in the first place.

What are these airlines executives counting on? Do they calculate that their business will do better if they can mislead some of their passengers into thinking that their flight is a better bargain than it really is? The executives must know that the ticket buyer will know precisely what the full charges are as soon as she sees her credit card receipt. Are the airlines attempting to entice passengers who would not fly unless they had a mistaken idea of how much they will pay? If so, airline executives are trying to take advantage of customers who are inattentive and not thinking clearly. This suggests a shady motive, the desire to trick travelers into booking a flight they would not make if they had an accurate understanding of the deal.

Of course, in the real world, most passengers do check the fine print and are fully aware of the cost before they finalize their travel plans. And it is significant that passengers are savvy in that they know that the fine print is an indication of the character of airline management. The more effort it takes to discover how much it will cost to fly the more the airline is revealing that it is not to be trusted – traveler beware.

It is noteworthy that when the new rules go into effect the net benefit to passengers will be mixed. On the positive side it will be easier to see the total cost of a flight before tickets are purchased. However, since all airlines have to comply it will be more difficult to discern which airlines are forthright and which are inclined to use subterfuge as part of their business model.

If the new rule were not to become law it is possible that none of the airlines would come clean, market in a straightforward manner, and clearly communicate exactly how much it will cost to fly. But even then, you would have a valuable insight into how airlines are run.

*** See other entries at AlertMindPublishing.com in “Monthly Columns.” ***